Plant a tree in memory of Emerson
An environmentally-friendly option 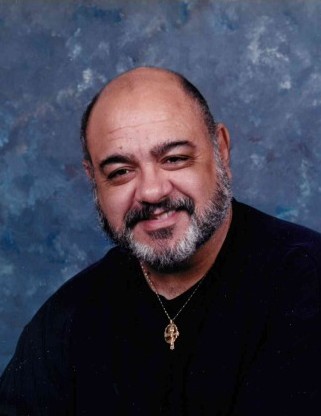 Emerson D. “Emmy” Haines, Jr., age 74, of Niles, passed away peacefully at home Wednesday, May 26, 2021 from an extended illness and has gone home to be with our Lord and Savior.

Emmy served honorably in the U.S. Army from 1966 to 1969.  He was combat in Viet Nam as a Sergeant and squad leader.  Emmy was awarded three Bronze Star medals, the Vietnam Campaign medal, the Air medal, and the National Defense Service medal.  After returning from his military service, he worked as a tool and die maker until his retirement in 2010.

Emmy will be laid to rest beside his parents in a private family ceremony in Community Chapel Cemetery in Calvin Township, Michigan when he will be accorded Military Honors.

Arrangements have been entrusted to Connelly Chapel Wagner Family Funerals, Cassopolis.  Please share a memory or a message online: wagnercares.com.

Plant a tree in memory of Emerson by clicking here.
To send flowers to Emerson's family, please visit our floral store.

Plant a tree in memory of Emerson
An environmentally-friendly option

Plant a tree in memory of Emerson

3 trees planted in memory of Emerson

There is 1 photo available in the gallery

Our deepest sympathy goes out to Lois and family, in the sad loss of Emmy.  Wishing you peace and loving memories to hold forever in your heart.  You are in our prayers.

To the family you are in my prayers for you all, to grow stronger with him missing in your lives. He was a great person always the same every time I would see him. He will be missed.

My sincere condolences to the Emerson Haines Family and friends. Bethel A.M.E. Church, Calvin Communiy, and several area churches met monthly at different churches as The United Christian Fellowship. He was in the choir and I will miss him singing "The Lord Is Blessing Me." Prayerfully,

It is with heartfelt sympathies  to our families and friends the loss of my cousin Emmy Haines Jr, Emmy was a unique individual with the temperament who wouldn't mind expressing his opinions from his mind to others, Emmy was obstinate in his beliefs about matters of family and church affiliation that he he took vary seriously  Love you Cuz,,, Harvey E Vaughn Sr and family

I am going to truly miss my dad he was there for me it was a blessing to have him in my life . I know he going to be with the lord now he’s resting

Plant a tree in memory of Emerson