Plant a tree in memory of Don
An environmentally-friendly option 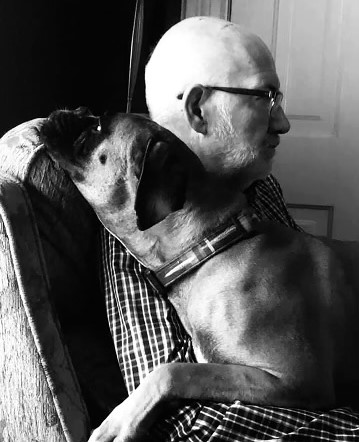 Don Deward Jackson, 63, suddenly passed away Monday, June 28, 2021. He is survived by his wife of 41 years, Julie (Dotts) Jackson, and his daughters Sarah (Phil) Randall of Tennessee and Cassie (Scott) Patterson of South Carolina, and predeceased by his youngest daughter Kindra Dee Jackson, who succumbed to colon cancer in 2017. His boxer, Maggie will be waiting for him on the rainbow bridge, and Jackson is still looking out the window with us, waiting for him to come in the door.

He was looked up to by his family and the community, not only because he was 6’6”, but also because he was a source of calm advice and solid plans. We were shocked by his passing because this was not the plan.

Born November 7, 1957, to Don and Dorothy (Klute) Jackson, both educators, he developed a passion for history through travel on summer vacations. After graduating from South Haven High School, he moved to Phoenix and became a chef. He felt he outdid himself when he married the cool, sexy chick across the hall, and always felt lucky to have her as his partner. His wedding ring of turquoise and silver reflected this time in his life.

Family wasn’t the most important thing to Don: it was the only thing.

He moved home, got his CPA and bought the family house in Three Oaks. He spent evenings in the room in which his mother was born.  The local Forest Lawn Cemetery has relatives dating back to the founding of the town.

Cooking for family gatherings was where Don was happiest.  His kitchen was worthy of a professional chef, and when he pulled out Penzeys spices, the best pans, and Russell Wright dishes, you knew you were in for a treat.  His kitchen creations, especially his prime rib Christmas dinner will always be missed.

He relished the role of grandpa and loved all seven grandchildren. When he thought of taking a break from work, he would visit the ones he could, carrying them on shoulders, or taking them on a canoe.

His success as a CPA can be chalked up to his ability to listen to others and calmly explain the best plan forward. It was with great pride that he was a member of the community and contributed his time to both the schools and local government.

This was not the plan, but he would be the first to tell you, “It’s all going to be OK”. We are pretty sure there’s a grill and a scotch waiting for him.

A gathering of friends and family will be held at 3:00 p.m. on Saturday, July 17, 2021 in the Randall Couchman American Legion Post #204 located at 204 West Linden Street, Three Oaks, Michigan.

Plant a tree in memory of Don by clicking here.
To send flowers to Don's family, please visit our floral store.

Plant a tree in memory of Don
An environmentally-friendly option

Plant a tree in memory of Don

3 trees planted in memory of Don 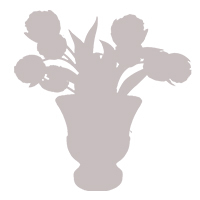 A Memorial Tree was ordered in memory of Don Deward Jackson III by Debbie & Rodney Craig.  Plant a Tree

A Memorial Tree was ordered in memory of Don Deward Jackson III by Linda Beck & Howard Speizer .  Plant a Tree

So sorry to hear of Don’s passing. I didn’t know him well but he was never too busy to come out and chat a little with me when doing my taxes. My late wife Linda always had a kind word to say about him.

My brother from another mother… my first crush. My buddy, my friend. Please be at peace. Feel our love.

Plant a tree in memory of Don