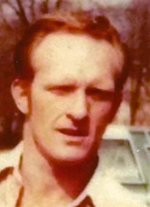 He was born September 16, 1948 in Elkhart, Indiana the second child to Arthur and Laura DeWitt Bienz. He married Robin Harshman February 8, 1993 in Coldwater, Michigan. She survives.

William loved his family and having a good time. He enjoyed Westerns and country gospel. He was a character that loved dancing, telling a good joke, playing guitar and singing.

Arrangements have been entrusted to Connelly Chapel Wagner Family Funerals, Cassopolis. Please share a memory or a message online.