To share your memory on the wall of Terry Shaver, sign in using one of the following options:

Terry’s greatest joy and accomplishment was being a devoted grandfather. He instilled traits in his grandchildren such as confidence, compassion, honesty and tenacity. He was steadfast in the love of his family and his country. He was a man of deep faith and conviction. Terry was adventurous. He loved riding motorcycles, fixing and racing cars, playing music, camping, fishing, traveling and being outdoors. He enjoyed cooking, following current events and being involved in his family’s lives. Terry loved animals and watching Westerns. He would give the shirt off his back to anyone in need. He was a shoulder to cry on, confidant, cheerleader and the cornerstone of his family.

Terry was preceded in death by his parents and two sons, Craig and Adam Shaver.

Receive notifications about information and event scheduling for Terry

We encourage you to share your most beloved memories of Terry here, so that the family and other loved ones can always see it. You can upload cherished photographs, or share your favorite stories, and can even comment on those shared by others.

Posted Aug 04, 2019 at 12:00am
Linda and Family I am so sorry for the loss of your beloved husband and father. You are in my thoughts and prayers. Sally
Comment Share
Share via:
PC

Posted Aug 03, 2019 at 12:00am
Dawn and family, I am truly praying that the comfort of our Lord will surround all of you as you celebrate your dad's life and mourn his passing. What a legacy he has created to live on in all of you. Take comfort in each other and knowing that he is in the presence of our precious Lord where he can forever watch over all of you. Big hugs and prayers to you and all your family!
Comment Share
Share via:
DD

Posted Aug 03, 2019 at 12:00am
He would call me at work just to say he wanted to hear my voice. Always told me to stay safe down there, like Arizona was in the jungle or something. He would leave me voicemails saying he just wanted to say hi. I saved every one of them. Thank God I did. He was always bragging about his girls and grands. So very proud of them. I know he always loved me and he knew I love him. That will never be taken away from me. His live was a sure thing in my life, when I was going through hell, he guided me out of it, just like a big brother is supposed to do.

I expect to see him again, this isn’t the end, just a different page.

Posted Aug 03, 2019 at 12:00am
Condolences to the Shaver Family. We will keep you all in our thoughts and prayers. So sorry for your loss.
Comment Share
Share via: 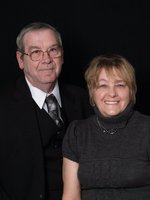