To share your memory on the wall of Robert Brown, sign in using one of the following options:

He was born August 27, 1952 the youngest of six children of John and Eunice Brown. He married Teri Rae Edgecomb January 3, 1986 in Bridgman, Michigan.

Bob was a life-long resident of Three Oaks, was an avid golfer, and spent much of his retirement traveling around the U.S. researching his family’s history. Music was Bob’s passion in life. He played the piano and sang in his church’s choir. He was also a member of the Southshore Concert Band in Benton Harbor, Michigan, since its start in 1992. He played both the trumpet and the euphonium. Bob was a draftsman and CAD designer for Weldun/Whirlpool for over thirty years. He also drove bus for River Valley Schools. To say he was a life-long fan of the Chicago White Sox is an understatement.

Receive notifications about information and event scheduling for Robert

We encourage you to share your most beloved memories of Robert here, so that the family and other loved ones can always see it. You can upload cherished photographs, or share your favorite stories, and can even comment on those shared by others.

Teri and family, I was so sorry to learn the news from the newspaper and wish I had known in time to extend condolences personally and attend Bob's services. I have many fond memories of you all, and of Bob always as kind and caring. Did not know about his musical gifts, but am not surprised. Be well and take care!

Posted Feb 05, 2020 at 07:18pm
Katie, so sorry for the loss of your Dad. We were in Southshore 27 years together and I really enjoyed sitting in front of him this past year. I always enjoyed seeing the two of you with a shared love, watching you walk out and drive home together. Be glad of that time you had with him, I know this will be a difficult time for you. May you find peace and comfort in the coming days. Darla Crawford, bassoon
Comment Share
Share via:
WB

Posted Feb 02, 2020 at 07:26pm
Warren & I knew Bob through Southshore Concert Band. Bob was very helpful when I was trying to create the Lest We Forget PowerPoint about World War I. He will be greatly missed. Condolences to his family.
Warren & Maxine Brown
Comment Share
Share via:
MW

Posted Feb 02, 2020 at 10:55am
Deepest sympathies to his entire family. May God bless you with happy memories to sustain you at this time
Comment Share
Share via:
E

Posted Feb 02, 2020 at 02:44am
Oh, Bob. Without you, band won't be the same. Without you, the family won't be complete. You have always been an incredibly nice guy, and God knows how sad we are to lose you. You are loved, and will be greatly missed. Rest in peace my friend.
Comment Share
Share via: 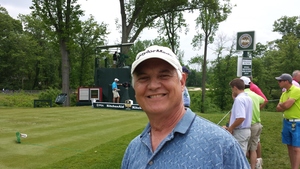