To share your memory on the wall of Richard Specht, sign in using one of the following options:

Print
Richard Leigh Specht, age 75, of Dowagiac, died peacefully Saturday, June 27, 2020 in his residence in the comfort of his family’s presence.

He was born October 10, 1944 in Dowagiac, Michigan, the youngest of three boys born to Cliff... Read More
Richard Leigh Specht, age 75, of Dowagiac, died peacefully Saturday, June 27, 2020 in his residence in the comfort of his family’s presence.

He was born October 10, 1944 in Dowagiac, Michigan, the youngest of three boys born to Clifford and Marian Specht. He married Geraldine Swartz February 27, 1965 in Cassopolis, Michigan.

Richard was an amazing husband and father. He was a hard worker and enjoyed staying busy. He loved farming, woodworking, working on tractors and cars, as he was a skilled mechanic. He had a gentle heart for all animals. Richard enjoyed being outdoors and would go fishing in his younger days. He was a pressman with Simplicity Pattern Company in Niles for thirteen years. He then worked at Ameriwood Industries in Dowagiac and retired after twenty five years. Alongside his main employment he also worked for Lyons Industries and at Haggin Wimberley Auto, as a custodian, for fifteen years.

Richard will be greatly missed by family and friends. He is survived by his wife of fifty five years, Geraldine Specht; daughter, Lisa (Matthew) Eddington of Cincinnati, Ohio; son, Gregory Specht of Dowagiac; four grandchildren, Amanda Miller of Columbus, Ohio, Emily Spicher of Dowagiac, Valerie Eddington of Cincinnati, Ohio, Jesse Specht of Dowagiac; four great grandchildren, Bayleigh, Madeline, Dimitri and one on the way; and a host of nieces and nephews.

He was preceded in death by his parents; one infant son, Edward; two brothers, Clifford M. Specht and Allan E. Specht, Sr.; one nephew, Allan; and one niece, Linda.

The family prefers contributions in memory of Richard be made to the charity of the donor’s choice.

Receive notifications about information and event scheduling for Richard

We encourage you to share your most beloved memories of Richard here, so that the family and other loved ones can always see it. You can upload cherished photographs, or share your favorite stories, and can even comment on those shared by others.

Posted Jul 04, 2020 at 11:09am
Geraldine and family! I’m so sorry to hear of the death of Richard. Please accept my deepest sorrows. Larry Poehlman
Comment Share
Share via: 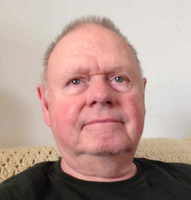