To share your memory on the wall of Michael Morse, sign in using one of the following options:

Michael will be remembered for being hard working, his love of cars, cooking, barbequing and bonfires. He was mechanically inclined and could often be found working on cars and anything that could be fixed around the house.

Michael will be greatly missed by family and friends. He is survived by his wife, Cynthia D. Morse of Cassopolis; Kaylee Morse of Cassopolis, Anna Morse, Kitani Apperson; stepsons, Jimmy Apperson of Goshen, Indiana, Jacob Apperson of West Lafayette, Indiana, Cory Apperson of Lansing; one granddaughter; parents, Lewis and Deane Ann Morse; brothers, Dennis Morse of Elkhart, Andrew Morse of Goshen, Indiana; and a host of aunts, uncles, cousins and friends. He was preceded in death by grandparents.

Family and friends will gather on a date and at a time to be announced.

The family prefers contributions in memory of Michael be made to Cass County Cancer Service, Post Office Box 676, Edwardsburg, Michigan 49112.

Receive notifications about information and event scheduling for Michael

We encourage you to share your most beloved memories of Michael here, so that the family and other loved ones can always see it. You can upload cherished photographs, or share your favorite stories, and can even comment on those shared by others.

Posted Apr 22, 2020 at 10:38am
I am a first cousin of Michael's on his fathers side. We saw each other growing up on the holidays until we grew apart by my late teen years as so many cousins do after their grand parents pass away. About 8 years ago I was in Goshen and needed help with my truck. I went and saw Michael at the Auto Parts store and he agreed to help me and also gave me a ride home. He said something like I am always happy to help family. We picked a day and he gave me a ride home. That day came in a few days on the hottest most humid day of the summer. I got to meet his daughters and wife. We worked all day long in his garage and listened to my grandmother's old 8 track . That day I got to see what a kind good soul of a man he was. So much of his good nature that he had as a kid was still a big part of him. I really appreciated that day and won't ever forget it. My heart was so happy that he decided to get baptized again when this first started. Rest in peace Micheal.
Comment Share
Share via:
CZ

Posted Apr 21, 2020 at 07:17pm
I had two beautiful daughters with michael kaylee and annaleese he was an amazing father since day one I'll always hold a special place in my heart for michael he will be greatly missed Rip Michael Gone But Never Forgotten
Comment Share
Share via:
CM

Posted Apr 21, 2020 at 02:09pm
I enjoyed watching Michael grow up. He always brought a smile to my face when I saw him. I will always remember Michael as caring for others and being willing to help with anything. Michael was a very hands-on person; he worked on many projects - especially cars. I have many memories to cherish; I will miss Michael very much. ❤️
Comment Share
Share via: 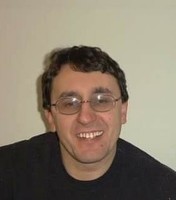 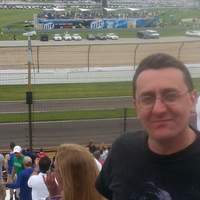