To share your memory on the wall of Marcia Pruett, sign in using one of the following options:

Print
Marcia Ann Pruett, age 86, of Dowagiac, passed away peacefully on Friday, May 29, 2020 at her daughter’s residence in Okemos, Michigan surrounded by her loving family.

She was born January 10, 1934 in Dowagiac, Michigan, the olde... Read More
Marcia Ann Pruett, age 86, of Dowagiac, passed away peacefully on Friday, May 29, 2020 at her daughter’s residence in Okemos, Michigan surrounded by her loving family.

She was born January 10, 1934 in Dowagiac, Michigan, the oldest of three children of Homer and Virginia (Foreman) Bailey. On September 2, 1951, Marcia was united in marriage to Curtis Pruett, Jr. in Dowagiac, until his passing in 1995.

Following her marriage to Curt, she was employed by The Heddon Company as a bookkeeper for many years until their closing in 1984. Marcia was then appointed Treasurer for the City of Dowagiac. Marcia retained her position as Treasurer until her retirement.

Mrs. Pruett will be laid to rest with her beloved husband in Riverside Cemetery in Dowagiac.

The family prefers contributions in memory of Marcia be directed to a charity of one’s choice.

Receive notifications about information and event scheduling for Marcia

We encourage you to share your most beloved memories of Marcia here, so that the family and other loved ones can always see it. You can upload cherished photographs, or share your favorite stories, and can even comment on those shared by others.

Posted May 29, 2020 at 06:08pm
To Marcia’s family: I spent a lot of time visiting with Marcia when she was in the nursing home. She always talked about her family and how much she loved all of you. I was sorry to read of her passing, but so glad she had all of you since Linda passed. Heartfelt sympathies. Kandy Cooper
Comment Share
Share via: 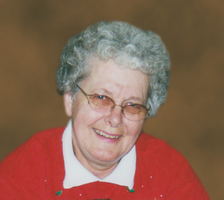