To share your memory on the wall of Leonard Vaughn, sign in using one of the following options:

He was born November 26, 1945 in Cassopolis, Michigan, the middle of nine children of Delbert and Beulah Mae Vaughn.

He was preceded in death by his parents; one sister, Barbara Buck; and four brothers, Alvin Duffield, Ronald Duffield, Eugene Vaughn, and Lloyd Vaughn.

Mr. Vaughn’s remains will be laid to rest beside his parents in Bethel Cemetery in Calvin Township, Michigan.

Receive notifications about information and event scheduling for Leonard

We encourage you to share your most beloved memories of Leonard here, so that the family and other loved ones can always see it. You can upload cherished photographs, or share your favorite stories, and can even comment on those shared by others.

Posted Sep 23, 2019 at 12:00am
Sorry for your loss of your brother prayers for you and the family members
I remember him as we grew up together I loss touch with him after moving from the area he was a great playmate, and classmate,.
Will always remember how talented he was he could draw anything you ask him to draw, he was also a great welder, l guess his dad taught him those skills
I know that after returning from service he trouble and, issues and made his life a struggle, and he tried the best he could to deal with those problems
May he rest in peace with no more pain, and suffering, he had a big heart always trying to help people
Comment Share
Share via:
NL 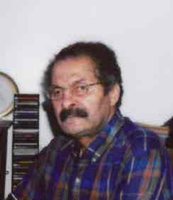