To share your memory on the wall of Joseph DeAngelis, sign in using one of the following options:

Provide comfort for the family of Joseph DeAngelis with a meaningful gesture of sympathy.

He was born June 26, 1934 in Youngstown, Ohio, the youngest of three children of Domenic and Mar... Read More
Obituary of Joseph P DeAngelis
Joseph P. DeAngelis, 84, of Harbert, Michigan died peacefully, Friday, May 10, 2019, at his residence.

He was born June 26, 1934 in Youngstown, Ohio, the youngest of three children of Domenic and Mary DeAngelis. He married Marianne (his "Daisy") Hackman on November 28, 1959 in Chicago, Illinois.

Beginning as a child of first-generation Americans, Joe worked hard to educate himself so that he could give his children a better life, and guided them by example.

Joe and Marianne raised seven children with the fulfilled expectation that they would all go to college. While living in Lombard, Illinois, they were very involved with the Saint Pius X religious education program. Upon retirement, Joe and Marianne built their home in Harbert, Michigan where he was elected to the Chikaming Township Park Board and created the Chikaming Township Park and Preserve. He was most proud of the Planting Field, the community garden.

Joe was an avid golfer, reader, loved camping and sailing. He never was short of a story or anecdote. His family says he was the worst joke teller ever, but it never stopped him from laughing at his own humor. Joe always demonstrated a genuine interest in anyone with whom he was having a conversation. He was a willful man who to the end lived life his way.

He was preceded in death by his parents; two granddaughters, Melissa Meindl and Morgan Woodard; and one sister, Rosemary LaMarca.

The family prefers contributions be made in memory of Joseph to the donor’s choice.

We encourage you to share your most beloved memories of Joseph here, so that the family and other loved ones can always see it. You can upload cherished photographs, or share your favorite stories, and can even comment on those shared by others.

Posted May 16, 2019 at 12:00am
Joe once told me he liked my particular slant on things. If he only knew how much the opposite was true. He was a rare individual who liked to talk about ideas without anyone being right or wrong. He'll always be with us.
Comment Share
Share via:
GD

Posted May 16, 2019 at 12:00am
Our deepest sympathy on Joe’s passing. We’re so thankful we had the chance to all be together at the family reunion.

Posted May 16, 2019 at 12:00am
Mr. D always made me feel welcome at the DeAngelis home. I will always remember how he let me tag along to Door County camping with the family, helped me with my batting in the 8th grade and made sure there was plenty of food available for all of David's friends' who happen to coming through the house on any given weekend. Mr. D will be missed by many, especially the great family that he raised along with Daisy.
God Bless.
Comment Share
Share via:
MF

Posted May 16, 2019 at 12:00am
Dear Marianne,
I was very sorry to learn of the loss of your husband. As a wonderful couple you were certainly one of our family's favorite relatives. I recall fondly his interest in Joe and me and our children. We will never forget the wonderful visit we had at your home years ago and the really joyful atmosphere you two generated as hosts in your lovely lakeside setting. i recall Joe's great interest in preserving the tranquility of his community and the warmth you both extended to family and friends alike. My sincerest condolences.
Michelle P. Figliomeni
Comment Share
Share via:
DF

Posted May 16, 2019 at 12:00am
Joe was a wonderful man. My family enjoyed several trips to see him at his home in Michigan and he was always warm, welcoming, fun and engaging. We always looked forward to spending time with him. He always shared stories about life in PA that especially resonated with us (normally made us laugh!) since we share family ties there. 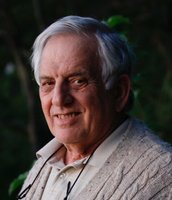