To share your memory on the wall of James Lynch, sign in using one of the following options:

Provide comfort for the family of James Lynch with a meaningful gesture of sympathy.

We encourage you to share your most beloved memories of James here, so that the family and other loved ones can always see it. You can upload cherished photographs, or share your favorite stories, and can even comment on those shared by others.

Posted Apr 09, 2019 at 12:00am
Rest in peace, Jim. You will be missed by one and all. It was our privilege to have you as a brother-in-law. I am sad that my health prevents me from attending the funeral service.
Comment Share
Share via:
AM

Posted Apr 08, 2019 at 12:00am
Dear Shirley, So sad to learn Jim is gone! We will miss him. Tim always remembers him for having introduced him to the bowling group. I'll miss his smile. Love, Ana Vincenti and Tim Wixted we won't be able to attend his funeral. We are in Argentina.
Comment Share
Share via: 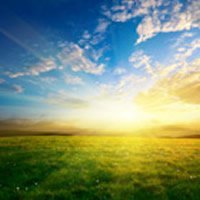