To share your memory on the wall of Henry McNary, sign in using one of the following options:

Print
Henry L. McNary, age 84, of Cassopolis, died peacefully Saturday evening, March 7, 2020 in his residence in the comfort of his family’s presence.

He was born February 18, 1936 in Cassopolis, Michigan, the youngest of five sons of Tom a... Read More
Henry L. McNary, age 84, of Cassopolis, died peacefully Saturday evening, March 7, 2020 in his residence in the comfort of his family’s presence.

He was born February 18, 1936 in Cassopolis, Michigan, the youngest of five sons of Tom and Ollie McNary. He married Maxine Shelton December 12, 1959 in Calvin Township, Michigan.

Henry was a likeable guy and a hard worker who took pride in taking care of his family. He was a welder at Clark Equipment Company. Following his retirement he worked at Cass County Medical Care Facility, where he was able to be close to his mother, Ollie McNary, who was a resident. Wherever he was, Henry and his co-workers enjoyed their jobs and had fun together. He and his good friend, George Purlee, were lifelong friends, starting from when they went through Kindergarten together in the Red Brick School. Henry and George also managed to get into their share of mischief together.

Henry has been a member of Chain Lake Missionary Baptist Church since an early age. In addition to him and his wife being married in the church, he had served as Sunday School Superintendent, Treasurer and a member of the Choir, and still served as Deacon up until the time of his passing.

Receive notifications about information and event scheduling for Henry

We encourage you to share your most beloved memories of Henry here, so that the family and other loved ones can always see it. You can upload cherished photographs, or share your favorite stories, and can even comment on those shared by others.

Posted Mar 27, 2020 at 01:59pm
Just heard today of Henry's passing. He was a sweet person, always had a smile. I remember him playing football. Maxine and family, may God comfort you in your grief. Wanita Neucks Gowen
Comment Share
Share via:
JD

Posted Mar 27, 2020 at 07:09am
Maxine and family,
We are so sorry for the loss of dear Henry. Sending our love, hugs and prayers to a wonderful family!
Doug and Jennifer Diltz
Comment Share
Share via:
SC

Posted Mar 16, 2020 at 04:00pm
MY HEARTFELT CONDOLENCES TO HENRY'S FAMILY. BEING A CLASSMATE AND TEAMMATE OF HENRY'S HAS ALWAYS BEEN OF GREAT IMPORTANCE TO ME. ALWAYS A SOURCE OF JOY AND BEING POSITIVE. HE WAS A SOURCE OF COMFORT IN TIMES OF STRESS. HE ALWAYS BROUGHT LIGHT IN EVERY SITUATION THAT PRESENTED ITSELF.

Posted Mar 15, 2020 at 05:03am
I'm so sorry for the loss... I've just delt with the loss of a nephew... Its 5am and I'm just finding out!!! I have worked with Henry at Cass County Nursing Facility. I know that smile and love he gave & such a calm guy... I messed with him everyday when we used to work.. I wish the family love and peace...All around a great KING I used to get advice from! I loved him.. Trust me he got his wings and it will okay!
Love U and thanks for sharing that soul
💖💖💖💖💖💖💖😘😘😘😘
Comment Share
Share via:
BE 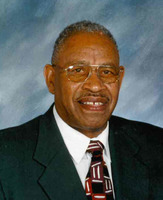 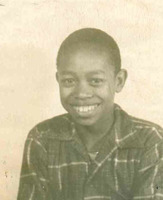 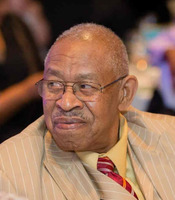