To share your memory on the wall of Henry Collins, sign in using one of the following options:

Provide comfort for the family of Henry Collins with a meaningful gesture of sympathy.

We encourage you to share your most beloved memories of Henry here, so that the family and other loved ones can always see it. You can upload cherished photographs, or share your favorite stories, and can even comment on those shared by others.

Posted Apr 29, 2019 at 12:00am
Collins Family, I am so very sorry for your loss.You have my deepest condolences and prayers. My God Bless you all.
Comment Share
Share via:
WV

Willie and Curley Ballard of Vandalia

Posted Apr 27, 2019 at 12:00am
I Pray for all my family in this time of grief and the reality that time is not standing still.. I wont be able to attend the services but my condolences go out to all Collins from different generations and area codes ?
Comment Share
Share via:
JG

Posted Apr 26, 2019 at 12:00am
Condolences go out from the Entire Smith Family to the Entire Collins Family. God be with you in your time of grief! I will keep your family in prayer.
Comment Share
Share via: 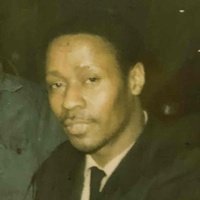