To share your memory on the wall of Esther Thomas, sign in using one of the following options:

Provide comfort for the family of Esther Thomas with a meaningful gesture of sympathy.

Esther was born September 7, 1931 in Three Oaks, Michigan, the youngest of eight children, to Arthur and Bessie Martin. She married Gerald “Jerry” Thomas, Sr. November 4, 1951 in Benton Harbor, Michigan. He preceded her in death on January 25, 2015.

Esther played piano for Sunday School at Three Oaks United Methodist Church, of which she was a member for many years. She had a green thumb and loved her flowers and plants. She enjoyed quilting, knitting, and crocheting. Esther loved to cook and later continued this by cooking for gatherings and functions in the area.

Mrs. Thomas’ remains will be laid to rest beside her husband in Posey Chapel Cemetery, LaPorte, Indiana.

We encourage you to share your most beloved memories of Esther here, so that the family and other loved ones can always see it. You can upload cherished photographs, or share your favorite stories, and can even comment on those shared by others.

Posted Jan 16, 2020 at 09:33am
So glad our 'Boots' is whole again, has her memory back and safe in heaven. Missing and loving her so much!!! Keeping you all in our prayers in the days to come...
Comment Share
Share via:
W

Posted Jan 14, 2020 at 02:48pm
Grandma was such a sweet and kind caring mom and I really enjoy knowing her and having the pleasure to talk with her, God bless you Rest In Peace.
Comment Share
Share via:
JL

Posted Jan 14, 2020 at 01:50pm
To the Thomas Family, my thoughts and prayers for you today. I will always remember your Mom as being the kindest person.
My sincerest sympathy to each of you...
Janet Keefer Lagness
Comment Share
Share via:
FM

Posted Jan 14, 2020 at 11:19am
Hugs and Love to the Thomas Family on the passing of dear Aunt Esther. Aunt "Boots" was always the sweetest person; always with a sparkle in her eyes and a smile on her face. She gave the biggest hugs too! Now we can all rejoice that she is reunited with Uncle Jerry and all her heavenly family.
Comment Share
Share via:
M

Posted Jan 13, 2020 at 04:09pm
So very sorry to hear of your Mother's passing. She is with Jerry and all the other neighborhood now. RIP Esther and prayers to the family. 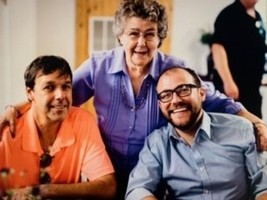 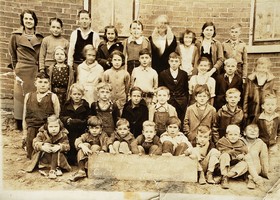