To share your memory on the wall of Elnora Smith, sign in using one of the following options:

Provide comfort for the family of Elnora Smith with a meaningful gesture of sympathy.

She was born February 17, 1927 in Lakeville, Indiana, one of twelve children of Joseph and Minnie... Read More
Elnora Lorretta Smith, age 92, of Cassopolis, died peacefully Thursday morning, January 16, 2020 in the comfort of her family’s presence.

She was born February 17, 1927 in Lakeville, Indiana, one of twelve children of Joseph and Minnie Sheteron. She married Edward C. Smith September 11, 1949 in Gardner, Montana.

Elnora enjoyed bird watching, reading, and watching horror movies. She was active in her church and enjoyed fellowship. She loved her grandchildren and attended all of their school events.

She was preceded in death by her parents; her husband; one granddaughter, Jenifer Shutes; four brothers, Donald Sheteron, Sr., Lowell Sheteron, Eddie Sheteron, Howard Sheteron; and one sister, Evelyn Bowman.

Mrs. Smith will be laid to rest beside her beloved husband, Edward, in Poe Cemetery in Newberg Township.

Receive notifications about information and event scheduling for Elnora

We encourage you to share your most beloved memories of Elnora here, so that the family and other loved ones can always see it. You can upload cherished photographs, or share your favorite stories, and can even comment on those shared by others.

Posted Jan 20, 2020 at 04:44pm
In loving memory of Elnora and her friendship from the family of Paul and Maxine Barnell, and from the Paw Paw MI fellowship meeting.

Medium Dish Garden was purchased for the family of Elnora Smith.

Posted Jan 18, 2020 at 01:33pm
I remember when i was younger I would go on church outings with her it was was fun and we got to spend time together I also remember that she would always make us hot milk before bed because it would relax us. To me these are the things I hold dear to my heart. I love you and I’m glad your at peace and with grandpa 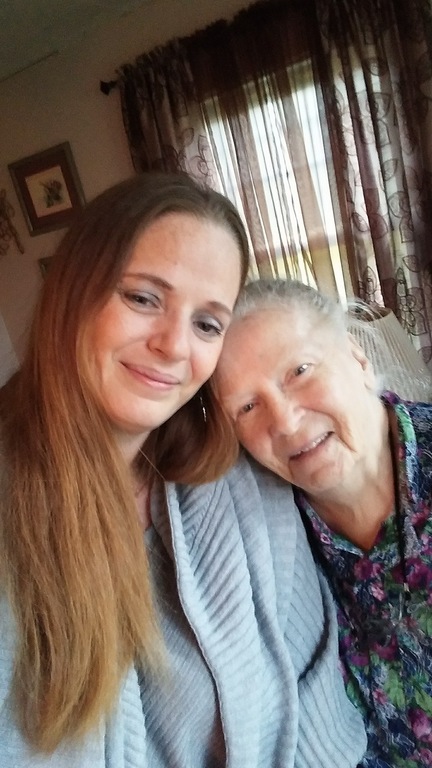