To share your memory on the wall of Dorothy LaPorte, sign in using one of the following options:

She was born July 29, 1927 in Cass County, Michigan to Ira and Ellen Edmunds. She married Ward Wesley LaPorte March 13, 1948 in Dowagiac, Michigan. After sixty-four years of marriage, he preceded her in death April 9, 2012.

Dorothy was proud of having started as a bookkeeper at the age of sixteen at The Fair store. When she married she became a farm wife with all the many chores and duties that it entailed as well as being the bookkeeper for the farm and family business. If you were at her home at dinnertime you were offered a place at the table. She loved horseback riding, gardening, and mowing the yard. Dorothy adored her grandchildren and great grandchildren. Her family says she was a “Great Grandma” in more ways than one. Dorothy was a truly nice person.

Family and friends will gather Tuesday, February 4, 2020 from 5:00 p.m. until 8:00 p.m. in Connelly Chapel Wagner Family Funerals, 202 North Broadway Street, Cassopolis. The funeral service will be held Wednesday, February 5, 2020 at 2:00 p.m. in the funeral home. Mrs. LaPorte will be laid to rest beside her beloved husband and son in South Wayne Cemetery in Wayne Township.

The family is grateful to the staff of Moments Memory Care Unit of Maple Lake Assisted Living for the excellent care they accorded their mother.

We encourage you to share your most beloved memories of Dorothy here, so that the family and other loved ones can always see it. You can upload cherished photographs, or share your favorite stories, and can even comment on those shared by others. 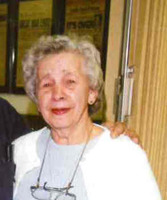