To share your memory on the wall of Donn Mosier, sign in using one of the following options:

Provide comfort for the family of Donn Mosier with a meaningful gesture of sympathy.

He was born February 12, 1949 in Dowagiac, Michigan to Donald Lee and Mary Jean Mosier. He married Lucinda K. Majewski October 10, 1970 in Cassopolis.

He was born February 12, 1949 in Dowagiac, Michigan to Donald Lee and Mary Jean Mosier. He married Lucinda K. Majewski October 10, 1970 in Cassopolis.

Donn served honorably in the U.S. Marine Corps. He was first and foremost a proud Marine. He bravely fought for his country in the Vietnam War 1968 to 1969 under Mike Company, 3rd Battalion, 4th Marines. Semper Fidelis!

Donn enjoyed playing poker, was an avid golfer, loved deer hunting and fishing, riding his Harley Davidson motorcycle, and always had a new card trick or riddle to tell. His family will cherish the videos he made throughout the years of wildlife, nature, and his grandchildren.

Donn worked over thirty years at the Cass County Road Commission. He loved plowing snow and making sure that families were able to travel safely. Upon retirement, he and Cindy enjoyed being snowbirds in Florida with their friends at Citrus Hill RV Park. During their summers back in Michigan, you could find Donnie driving truck at Community Mills and Tone Trucking. He also worked a few summers for Lumber Service LTD.

He was preceded in death by his parents and one brother, Russ Mosier.

Family and friends will gather Saturday, January 11, 2020 from 9:00 a.m. until 12:00 noon for a casual attire time of sharing memories in Connelly Chapel Wagner Family Funerals, 202 North Broadway Street, Cassopolis. We will then process to Reames and Norton Cemetery where Mr. Mosier will be laid to rest with full Military Honors performed by active members of the Marine Corps and the Honor Guard of the Lt. William E. Lozier VFW Post 10704.

Receive notifications about information and event scheduling for Donn

We encourage you to share your most beloved memories of Donn here, so that the family and other loved ones can always see it. You can upload cherished photographs, or share your favorite stories, and can even comment on those shared by others.

Posted Jan 12, 2020 at 08:26am
I remember Mr. and Mrs. Mosier with lots of fondness - Lisa and I went to high school together and we always considered them like another Mom and Dad. Poor Mr. Mosier was the one we had to call when Lisa's car wouldn't start and we were down at the strip cruising. I'm pretty sure it was well past midnight when Lisa had to wake her dad up to come and get us. Of course he came and saved us! That may have happened more than once - lol!

My thoughts are with all of you and please know that he is remembered with love and laughter.

Posted Jan 09, 2020 at 09:53pm
I always enjoyed chatting with Uncle Donn, he was curious, opinionated and always found a way to turn the conversation into laughter. I was lucky to be his niece, he always showed me kindness. As a kid he would pay me a quarter for a kiss on the cheek. He passed this along to my daughters, who also thought it was a good deal! A few years ago we visited him and Aunt Cindy in Florida and Uncle Donn spent the whole day driving us around to all his favorite spots including a bar on the water and monkey island. I feel heartbroken but thankful I was in his circle.
Comment Share
Share via:
RF

Posted Jan 05, 2020 at 06:16pm
So sorry to hear of this loss, and my prayers are with Cindy and the family at this time. Dick Follett, Van Nuys, CA
Comment Share
Share via:
TR

Posted Jan 05, 2020 at 01:58pm
Donn was a special man who always was there to help others whenever needed. His wife Cindy, my husband John and my Aunt and Uncle played cards many times and had many laughs. Spent special time in Florida with them. He will be greatly missed. 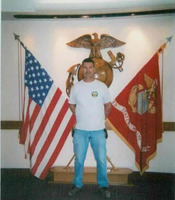 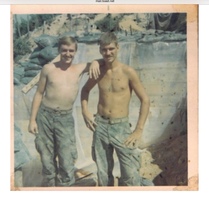 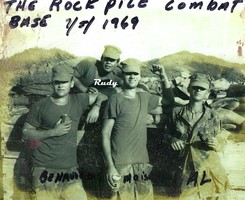 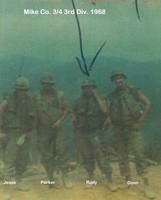