To share your memory on the wall of Donald Sheteron, sign in using one of the following options:

Provide comfort for the family of Donald Sheteron with a meaningful gesture of sympathy.

He was born January 26, 1951 in Cassopolis, Michigan, the middle of five children of Donald and Mabel Marie Sheteron, Sr.

Junior served honorably and proudly on the Penn Township Fire Department. He was very active in the Donnell Lake Conservation Club including a term as President. Junior loved to hunt and fish and enjoyed time on the lake with friends.

Family and friends will gather Monday, January 6, 2020 from 9:00 a.m. until time of service at 10:00 a.m. in Diamond Cove Missionary Church, 22820 Diamond Cove Street, Cassopolis with the Reverend Charlie Keller officiating. Mr. Sheteron will be laid to rest beside his parents in Reames and Norton Cemetery.

The family prefers contributions in memory of Donald be made to Joseph Norton Sheteron Scholarship, in care of Michigan Gateway Foundation, 111 Days Avenue, Buchanan, Michigan 49107.

We encourage you to share your most beloved memories of Donald here, so that the family and other loved ones can always see it. You can upload cherished photographs, or share your favorite stories, and can even comment on those shared by others.

Posted Jan 01, 2020 at 04:33pm
Goober was such a good soul, willing to help everyone. He was friendly, happy all the time.
He was always there for the club! RIP Goob, Joe is waiting in Heaven for you, so you two better be good! Prayers for you and your family!
Kris Klaybor
Comment Share
Share via:
DO

Posted Jan 01, 2020 at 02:45am
Dan & Lois Owen
Goober was a friend to everyone. He was a great classmate. He will be missed. Our thoughts and prayers go out to his family and friends.
Comment Share
Share via:
LY

Posted Dec 31, 2019 at 05:40pm
Goober was one of the sweetest guys ever and we'll all miss him very much. Rest In Peace my friend
Comment Share
Share via: 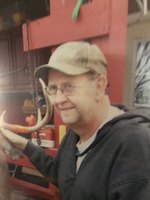