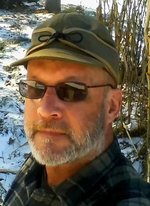 He was born May 29, 1962 in Detroit, Michigan, the second of three sons of Richard and Irene Dalmer, Sr.

Davidworked for twenty years for the Van Buren/Cass County District Health Department. He also worked forUnited Parcel Service since 1998. David was a past member and president of the Edwardsburg Lions Club, as well as a volunteer tutor for the Edwardsburg School District. His enthusiasm for the great outdoors was expressed by his involvement in camping, skiing and bicycling.

David will be greatly missed by family and friends. He is survived by one daughter, Kaitlyn Dalmer; his parents, Richard and Irene Dalmer, Sr.; two brothers, Richard Dalmer, Jr. and Kenneth (Tammy) Dalmer; and two nieces, Megan and Sarah.