To share your memory on the wall of Darin Price, sign in using one of the following options:

Print
Darin passed away unexpectedly Monday, August 24, 2020 at his home in Otsego.

He was born April 18, 1970 in Buchannan, Michigan, the son of Frederick and Stephanie (Kaufman) Price. Darin was a 1988 River Valley High School graduate and p... Read More
Darin passed away unexpectedly Monday, August 24, 2020 at his home in Otsego.

He was born April 18, 1970 in Buchannan, Michigan, the son of Frederick and Stephanie (Kaufman) Price. Darin was a 1988 River Valley High School graduate and played basketball, football and was an All-State athlete in baseball. He attended KVCC and was awarded the Academic Athlete Award. Darin went on to receive his Master’s in Education from Western Michigan University.

For the last 25 years he was a beloved teacher at Otsego Middle School. Darin loved his students and enjoyed coaching girls’ and boys’ basketball and boys’ baseball. The joy of Darin’s life was his daughter Kennedy who he loved spending time with.

Surviving along with his daughter are his mother, Stephanie (Paul) Zdanis of Three Oaks, brothers, Gregory (Laurie) Price of Bridgman and Jeffrey Price of Indiana; twin sister, Deana (Donald) Bowman of Kalamazoo along with several nieces and nephews.

He was preceded in death by his father, Fred in 1986 and by his grandparents.

Darin will be missed by his family and by his many friends.

A drive by visitation will be held from 12 noon to 4PM, Saturday, August 29, 2020 at Bulldog Stadium in Otsego.

Burial of ashes will take place at Forest Lawn Cemetery in Three Oaks at a later time.

In lieu of flowers contributions in memory of Darin may be made to the Otsego Public Schools Foundation or to a scholarship in Darin’s memory.

Messages of condolence may be posted at www.WinkelFuneralHome.com.
Read Less

Receive notifications about information and event scheduling for Darin

We encourage you to share your most beloved memories of Darin here, so that the family and other loved ones can always see it. You can upload cherished photographs, or share your favorite stories, and can even comment on those shared by others. 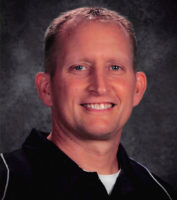