To share your memory on the wall of Charles Krone, sign in using one of the following options:

He was born November 7, 1952 in Kansas City, Missouri, the only child of Howard and June... Read More
Charles Howard Krone, age 67, of Three Oaks, died peacefully, Thursday morning, April 9, 2020, in the comfort of his family’s presence.

He was born November 7, 1952 in Kansas City, Missouri, the only child of Howard and June Krone. He married Karen Jankowski July 31, 1989 in New Buffalo, Michigan.

Chuck was Superman (his wife called him “Clark” and best friend). He was known as Pops by his children and children’s friends. He was a wonderful husband, father, grandfather, brother-in-law, friend, and mentor. Chuck always put other people’s need ahead of his own. If someone needed something all they had to do was let him know. Chuck always tried to do what was right and was always helping people and animals.

Chuck served honorably in the US Army. He was known for his cooking, both at restaurants and at family gatherings. He served his community for over fifteen years delivering newspapers for various publishers. Chuck’s granddaughter remembers him as her “Dad” who loved her, helped her with her homework, as well as anything she needed help with and could fix anything.

Even after his life on earth ended, Chuck continued to give generously to his community by donating tissue to Gift of Life.

Receive notifications about information and event scheduling for Charles

We encourage you to share your most beloved memories of Charles here, so that the family and other loved ones can always see it. You can upload cherished photographs, or share your favorite stories, and can even comment on those shared by others.

Posted Apr 23, 2020 at 02:38pm
Karen and Family, I'm very sorry for your loss. As a newer neighbor on Beech street It was always a pleasure to chat with Chuck. I will miss his sincere end to every conversation "you have a good day now" said with a smile. These few genuine and kind words always left me with a smile too. Thanks Chuck!
Comment Share
Share via:
HN

Posted Apr 13, 2020 at 01:24pm
Dear Karen and family, Sending my condolences to the entire family. You are in my thoughts and prayers. I enjoyed visiting with Chick when he delivered my newspaper and he truly will be missed by many.
Comment Share
Share via:

Posted Apr 12, 2020 at 11:07pm
Chuck & I are cousins, but as only children, he was more like a brother. When mom & I would visit Grandma Unruh, we weren't there very long before I was asking to "play with Chuckie!" We stayed very close, until we graduated high school & he went through a "wild" stage, and my family didn't think I should be around him anymore. While he was in the service, in Germany, we wrote back & forth. My mother never knew this! Being 2 1/2 hours away, and working, I didn't get to Three Oaks as often as I would have liked. Now, with 20-20 hindsight, I wish we had made the decision to bowl in St. Joe in February. Karen, Heidi - if you guys need help with anything, don't hesitate to call me. Love you!!
Comment Share
Share via:
T

Posted Apr 11, 2020 at 11:56pm
I have so many memories of Pops. He was such a great and caring person. He was an inspiration to me when I was growing up, and took time out of his days and nights to help set up our camping trips in his backyard staying up until late hours, sleep for two hours and take us fishing and teach us the ropes.

Karen, Ryan and Heidi, I’m terribly saddened by the passing of Pops, and am here for you all if you need anything. I love you all!!
Comment Share
Share via:
JL

Posted Apr 09, 2020 at 08:37pm
Dear Karen & family, Chuck and I go back to early elementary school. It's hard to let go of someone that has been a friend for so many years. My love and sympathy to all of you during this time.
RIP Chuck, we'll meet again.
Janet Keefer Lagness
RVHS 71

Chuck, would go out of his way to help anyone, no matter what. He would say I will fix you right up. We shared some great laughs together, especially home alone when it first came out. Some times we would re say some of our favorite parts of the movie. You are a wonderful person who I was very lucky to have as a brother in law. You will be missed, I love you. No more pain. RIP Chuck, we'll see each other again. Love you Judy & Paul Pedzinski 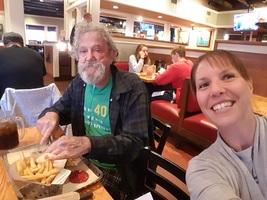 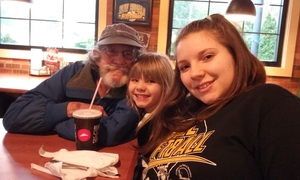 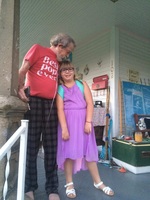