To share your memory on the wall of Charles Herman, sign in using one of the following options:

He was born January 21, 1948 in Niles, Michigan the third of five sons of Kenneth and Margaret Herman. He married Tanya Ray Wright December 18, 2004 in Saint Joseph County, Michigan.

Chuck graduated from Buchanan High School in 1966 and joined the Army, serving honorably until 1968. After completion of basic training at Fort Bragg, North Carolina, he was selected to join the Airborne Group and Special Forces Group (Green Berets), serving his tour of duty in Viet Nam.

In 1969 Chuck attended Western Michigan University, graduating in 1973. He then attended Detroit College of Law, graduating in 1977. Chuck worked for Jim Jesse in 1977, then joined the Cass County Prosecutors Office and served from 1978-79 and again from 1981–88. Chuck was instrumental in establishing the Child Support Division in Michigan. In 1990 he was a member of the Saint Joseph County Prosecutors Office, retiring in 2014. As a Prosecutor, Chuck’s main goal was to protect children.

He was a member of Michiana Church of Christ in Dowagiac.

Mr. Herman will be laid to rest in Prospect Hill Cemetery where he will be accorded full Military Honors.

The family prefers contributions in memory of Chuck be made to Michiana Church of Christ, 500 East Prairie Ronde Street, Dowagiac, Michigan 49047.

We encourage you to share your most beloved memories of Charles here, so that the family and other loved ones can always see it. You can upload cherished photographs, or share your favorite stories, and can even comment on those shared by others.

Posted Jan 08, 2020 at 03:10am
I served with chuck in vietnam. life does not always seem fair. God took a good one from us. rest in peace my friend. Chuck Proszek seattle wa.
Comment Share
Share via:
RC

Posted Oct 27, 2019 at 12:00am
Chuck was a brother, mentor and friend. I'll miss him. Way too many fond memories to list. My condolences to Mark, Kelly, Mikey and the family.
Comment Share
Share via:
DF

Posted Oct 25, 2019 at 12:00am
Chuck devoted all his energy and substantial experience to the children of St Joseph County who were troubled for one reason or another for over twenty years. His success will be felt for many years as those children have become contributing citizens of our county and elsewhere. We are all lucky and very grateful for having Chuck so effective in this role. He has really made his mark.
Comment Share
Share via:
E(

Posted Oct 25, 2019 at 12:00am
Too many fond memories, Chuck was a childhood friend. Mischief, fun and pranks come to mind especially this close to Halloween.
A good man and he will be missed by all who knew him.
Rest In Peace friend
Comment Share
Share via: 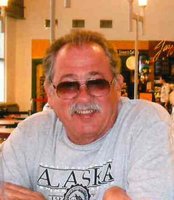