To share your memory on the wall of Carroll Place, sign in using one of the following options:

Provide comfort for the family of Carroll Place with a meaningful gesture of sympathy.

Print
Obituary of Carroll L. Place
Carroll L. Place, known to her friends and family as “Cissy” passed away peacefully in Naples, Florida on July 15, 2019 at the age of 92.

Mrs. Place was born October 18, 1926 in Oak Park, Illinois and grew up in Purchase, New York. She was a graduate of the University of Illinois and a life member of the Kappa Kappa Gamma Sorority and The League Club.

A private ceremony will be held at a later date with family members. Burial will be at the Lowitz family grave site, Prospect Hill Cemetery, Cassopolis, Michigan.

In lieu of flowers, etc. Mrs. Place requests that any contributions be made to the charity of your choice.

We encourage you to share your most beloved memories of Carroll here, so that the family and other loved ones can always see it. You can upload cherished photographs, or share your favorite stories, and can even comment on those shared by others. 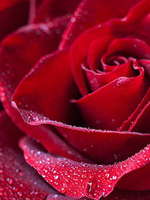