To share your memory on the wall of Alger Dow, sign in using one of the following options:

Provide comfort for the family of Alger Dow with a meaningful gesture of sympathy.

We encourage you to share your most beloved memories of Alger here, so that the family and other loved ones can always see it. You can upload cherished photographs, or share your favorite stories, and can even comment on those shared by others.

Posted Jun 11, 2019 at 12:00am
So sorry to hear of Al's passing. Please accept my most sincere condolences. He may be gone but he will NEVER be forgotten. Al was my foreman at Bosch from 1993 until he retired. Kind, funny, sharp as a tack, I stood side by side with him in good times and bad and, much as our molding machine molded sand, he molded me into the man I am today. He took me under his wing early on during my tenure and indoctrinated me into the ways of foundry survival. He always liked to say that "you can take the man out of the foundry, but you cannot take the foundry out of the man." So true. I am eternally grateful for the time we had together and the memories he indelibly etched into my mind through his father like patience and wisdom. He was not so much a boss as he was a mentor and a friend. Countless men (including myself) literally walked through fire for him without batting so much as an eyelid or having a second thought because he did the same for us--never flinching and always leading by example. Rest in peace, my dear friend.
Comment Share
Share via:
TM

Posted Apr 26, 2019 at 12:00am
Ann and all the family, new are so very sorry for your loss. Are prayers are with you. God bless, Tom and Barb
Comment Share
Share via:
FI

Posted Apr 26, 2019 at 12:00am
My thoughts and prayers are with you all. Uncle Al will be truely missed by us all. I will thinking of all of you this afternoon.
Comment Share
Share via: 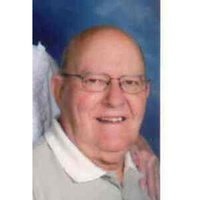